Financial Advisors: Has Your Pipeline Left the Building? 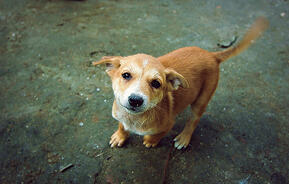 When three clients talk to me about the same issue in a week, it’s time for a blog post. The issue is pipeline management.

Here’s the problem: advisors often have difficulty managing opportunities in their pipeline. Some opportunities have been there for weeks, months – even over a year is not unheard of.

What does it mean when you have an opportunity in your pipeline for a long time (three months or longer)? A couple of things:

1. You’re not managing the pipeline: I consistently hear from advisors who have opportunities that are long in the tooth that they’re just waiting for prospects to respond with information or agree to a follow-on meeting to keep the process moving.

2. The pipeline is managing you: When you are waiting for prospects to act for inordinately long periods of time, you’ve given up managing the pipeline and it’s now managing you. Meetings happen when they happen, prospects decide what’s next, and your ability to run an efficient client acquisition strategy has left the building.

What’s to be done?

There are a couple of simple steps to setting the world right in terms of your pipeline:

1. Stop letting the tail wag the dog: Take control of your pipeline by setting expectations in the first meeting with a prospect. Let them know what the discovery experience will be like. You may want to give them a written timeline that shows each step of the process, with a corresponding date or week. For example:

Some advisors might feel it’s too aggressive to exert control of the process with a timeline. I disagree.  I think prospects appreciate a direct approach.

2. Filter the pipeline: What if a prospect tells you in the discovery meeting that he won’t be able to make a decision for at least three months because of some external factor – say, a potential stock option exercise? Then consider stopping the process before it starts, at least until after the event has passed. Why take time to get documents and prepare proposals when the client isn’t ready? You’re setting yourself up for a game of chase that is distracting at best and futile at worst. It’s better to set a standard for how you do business and then stick to it.

3. Recalculate the pipeline’s value weekly: If a $1 million prospect enters your pipeline today with a 20% probability of closing, it’s worth $200,000 in your pipeline. If nothing has happened to move you closer to the end of the process (such as exchange of documents, sending proposals, etc.), and the probability is the same three weeks from today, you should discount the pipeline value to 15%. Another week with no change or action, 10%.  On the other hand, if your pipeline activity is being closely monitored and you’re in constant touch with the prospect, moving closer and closer to a positive outcome, then you’ll be able to justify increasing the pipeline value to 50%, 75% and ultimately 100%.

So what are you going to do to improve your pipeline management?  Comment and share with the community.