“I called to give you an opportunity to see General Grant’s book, of which so much has been said in the papers.”

Thus begins the introduction of the 37-page sales manual, that one of 10,000 book agents was instructed to say as they sold The Personal Memoirs of Ulysses S. Grant in one of the most remarkable sales campaigns of the 19th century. Even more incredible is the fact that this campaign was conceived and led by Mark Twain.

In 1884, following his presidency, Ulysses Grant invested his entire life’s savings in an investment firm with offices on 2 Wall Street. The other partners in the firm were his son, Buck Grant, and a third partner, Ferdinand Ward. It turned out that Ward was a fraud, and the investment firm was little more than a Ponzi scheme. Grant lost everything but the $80 that he had in his pocket.

Mark Twain had been casually introduced to Grant some years earlier, and considered Grant a national hero and the savior of the Union. Upon hearing of Grant's plight, Twain went to Grant with a proposal that he write his personal memoirs, which Twain would publish and distribute. Since Grant was destitute (there were no presidential pensions yet), he took Twain up on his offer and begin writing his story.

Two months into the project, Grant learned that he had throat cancer, (He had a 24-per-day cigar habit.) and the book took on a new urgency. Writing day and night, in excruciating pain and medicated by cocaine and opiates, Grant continued to write. He completed his memoirs in July of 1885, and died two weeks later.

Twain springs into action. During Grant's illness, Twain had begun a publishing house, led by his nephew, Charles Webster. They had assembled a veritable army of 10,000 salesmen (known as “book agents” or “canvassers”), many of whom had fought for Grant in the war. Twain’s book agents covered the country. Although sales of the book were moderate in the South, they were enormous in the West. Ultimately, 325,000 copies were sold…the largest selling book ever in the States, next to the Bible. Ultimately, Twain was able to present Grant’s widow with royalty checks totaling $450,000 ($12.5 million in 2012 dollars) 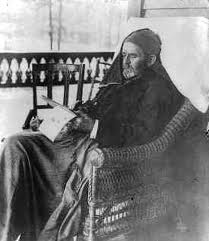 Mark Twain’s role in the creation and selling of Grant’s memoirs was an extraordinary act of generosity and friendship. It was also a dramatic collaboration between two national heroes. As a dying Grant composed his memoirs in a dramatic race against death, Twain assembled an army of salesmen who would blanketed the countryside in a sales crusade that would set the standard for sales campaigns well into the 20th century.

For a complimentary ClientWise Learning Tool on essential marketing strategies, please see below: