Abraham Lincoln’s legacy does not need any more words written about it to enhance his reputation as the United States’ most influential and important president. He is already the third most-written about figure in history (following Jesus Christ and Shakespeare.)

Nor do Daniel Day-Lewis and Steven Spielberg need more accolades and Oscar-buzz to burnish their own standing in the cinematic community. (See the NYTimes review of “Lincoln” here. See the trailer here.)

However, what is less widely known, is Lincoln’s role in the setting aside of the last Thursday in November as a national day of “Thanksgiving and Praise.”

The fall of 1863 was a depressingly dark period in a nation riven by an appalling civil war. The Battle of Gettysburg, with more than 50,000 dead, lingered painfully in memory. The Battle of Chickamauga, fought in September, was one of the worst Union defeats of the war. Lincoln had run through a string of inept generals and had yet to promote Ulysses S. Grant to command the Union armies. Facing a troop shortage, Lincoln enacted a military draft, which sparked riots in Boston and New York.

Earlier that year, President Lincoln had received a letter from Sarah J. Hale, who was the Martha Stewart of her time (She also was the author of, Mary Had a Little Lamb) and had lobbied four of Lincoln’s predecessors to celebrate a national holiday of thanksgiving, to no avail. With Lincoln, her 36-year quest finally paid off.

On October 3, 1863, Abraham Lincoln issued the proclamation that declared the last Thursday in November to be Thanksgiving, a national holiday.

“The year that is drawing toward its close has been filled with the blessings of fruitful fields and healthful skies. To these bounties, which are so constantly enjoyed that we are prone to forget the source from which they come, others have been added, which are of so extraordinary a nature that they cannot fail to penetrate and soften the heart which is habitually insensible to the ever watchful providence of almighty God…”

A Thanksgiving Wish from ClientWise

Despite one of the worst global economic climates since the Great Depression, our firm has seen sizeable growth. For all of you who have helped us in our growth, we thank you. We would also like to use this holiday to pause and take a moment to reflect on ALL that we are grateful for: our family, friends, health, love, and life. From all of us at ClientWise, we thank you…our successful financial advisor clients, friends, and associates…for your support and friendship.

Other Notable Dates in Thanksgiving History 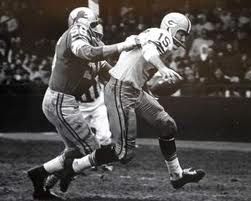 To all of our friends in the financial advisor community:

Ray Sclafani and The ClientWise Team

A Day of Remembrance

The Gettysburg Address: Less is More